What is at stake for Yorkshire and Humber with Brexit?

Defending Yorkshire and the Humber’s interests in the Brexit negotiations

The Government’s leaked impact assessments for Y&H are instructive:

No wonder they wanted to keep it quiet!

These were Schrodinger’s Impact Statements: simultaneously existing and not existing according to David Davis!

But those are just figures. What lies behind them?

Brexit risks for Y&H are specific:

We would need a government that is focussed on our vital interests, that has a clear idea of what is possible, and what it wants to secure.

But instead, we have a government that is split down the middle, that triggered Article 50 before knowing what it wanted, and has then spent more time on its internal negotiations between Tory factions, than on negotiations with the EU.

What is now clear is that the Government is choosing the most costly and divisive form of Brexit, leaving not just EU, but also the European customs union, and single market alignment as well.

Jeremy Corbyn pointed out last week that this is not what Labour would do.

Because this would be a jobs-destroying Brexit.

We need at least to remain in a customs union with the EU.

Unless we are in a customs union:

Jeremy also said Labour expects a deal that (I quote):

“gives full access to European markets and maintains the benefits of the single market and customs union…with no new impediments to trade and no reduction in rights, standards and protections”.

Indeed, we are likely at the end of this year to face a Tory Brexit deal that is bad, costly, damaging to our economy, a threat to workers’ rights and which fails to address the dozens of new issues that emerge almost every day that we never knew – or were never told about – before.

The threat to workers rights is particularly important. The Tories want to reduce them by breaking free from the commonly agreed European minimum standards.

It is no surprise to me that the strongest opponents of the EU are to be found on the right wing of the Tory party. They hate the fact that the European single market is a market with rules: to protect workers, consumers and the environment, and powers that enable the EU to challenge multinational companies. These rules could be better – that’s what Labour MEPs in the Socialist Group in the EP work on, week-in week-out – but they are significant enough to make the neo-liberal right go apoplectic. They want a free for all, an unregulated market, a playground for corporate interests.

Unless this government falls soon, the issue will no longer be about how we should have responded to the referendum two years ago, or what we might have done had we won the election last year, but instead how to respond at the end of this year to an unacceptable Tory deal.

Labour will, as Jeremy and Keir Starmer have made clear, oppose such a deal, that does not meet our red lines.

It is even possible that it could be defeated in the House of Commons.

A defeat on the central purpose of this government might well bring it down.

It could be our best prospect to trigger an early General Election.

Not a No-deal Brexit! No-one voting to reject the deal, certainly not us nor the minor parties, wants that.

So it can mean only one of two things:

We will have to see what the circumstances are, what happens in the still divided Tory party, whether we form a government.

Could the Commons instruct the government to stop Brexit? Legally, it could, but politically I don’t think it could be done without a referendum, or perhaps a general election offering clear choices on that issue.

Even if the referendum two years ago was an advisory referendum, won by a narrow majority on basis of a pack of lies, it could be portrayed as democratically dubious for Parliament alone to overturn it.

So the question that we could face is the possibility of a referendum on the Brexit deal. And even if we are not calling for one now, we have generally been careful not to rule it out.

Labour said it accepted that the 2016 referendum result mandated the government to negotiate Brexit. But it would have to be a Brexit that works for Britain. What we are heading for does not!

I don’t normally agree with anything David Davis says. But he did say one thing with which I agree:

But would a referendum on the actual Brexit deal not just produce the same result?

No. It is striking that public opinion has not rallied, as one would have expected, behind the result of the 2016 referendum.

In fact it’s now started to move the other way.

Not every Leave voter voted for Brexit-at-any-cost. They were, after all, told that it wouldn’t cost anything, that there would be a Brexit dividend that would all go to the NHS! As it becomes clearer that Brexit is actually very costly, those voters are entitled to say that that is not what they were promised and not what they voted for!

This trend is likely to continue as the negotiations move on, with new difficulties, new government splits, new complications and new costs emerge every week.

I have spoken about economics, jobs, growth,…

But Europe is about more than that: peace, culture, security, research, coordinated overseas development aid, to name just a few.

It is also for these wider reasons that young people overwhelmingly supported the powerful “Remain and Reform” message Labour had in 2016, and they still do.

So, when we look at the issue of Brexit in its full complexity, we can see that:

mean that this issue is not a settled one.

We are right to vigorously oppose the government on this central issue of our times! 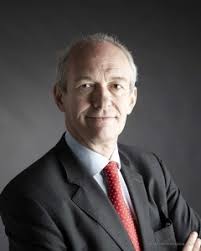