Election 2017 Our fight: Labour for Shipley

Tuesday 18th April seemed like any normal day, and then the 2017 snap general election was called. With less than two months to go until June 8th, it seemed our task was almost impossible. The approval rating of the Prime Minister was high and in the early polls, the Conservatives were significantly ahead. It seemed to the Conservatives that nationally and in Shipley it would be an easy win, and a huge overall majority was expected.

We didn’t let this ruin our morale, it only made us much more determined as a CLP to achieve the best result that we could in such little time. The campaign started in the heart of the constituency in Shipley, and it was noticed rather quickly that the number of us had increased enormously since 2015, which was excellent to see. There was much more drive and anger towards the Tories that had built up, and we were ready to channel that through our campaign. Once all meetings were suspended we were ready to go! 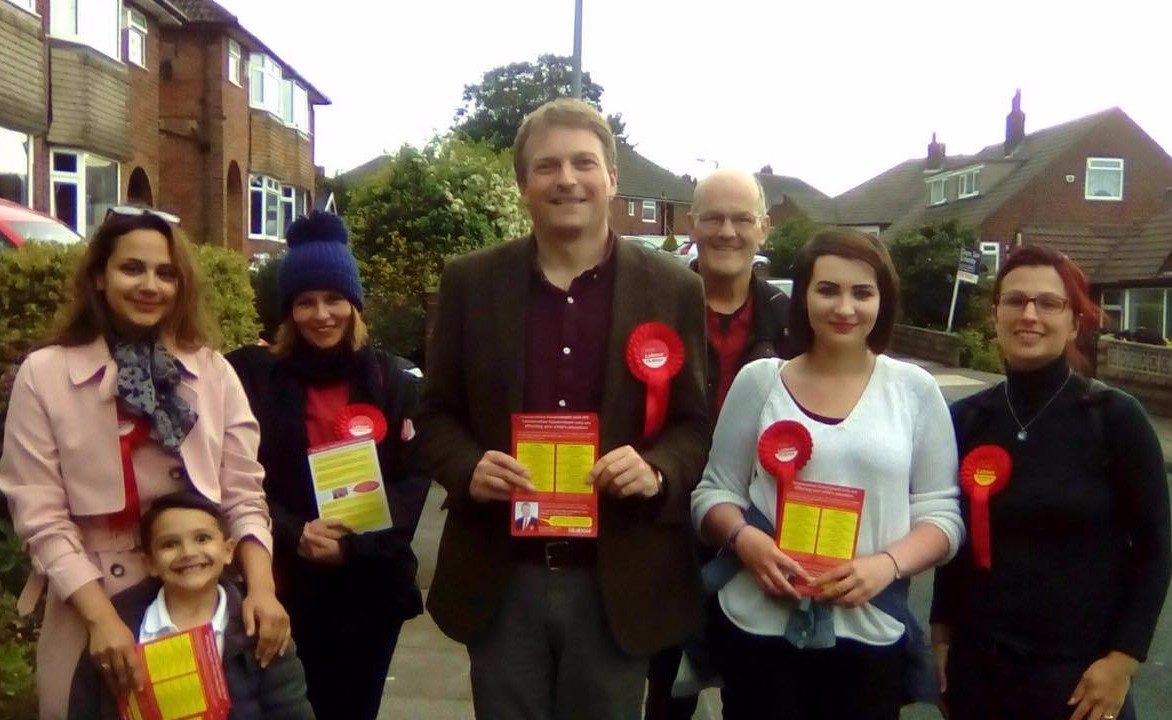 Everyone gave up as much time as they could as we set out to unseat Mr Davies. Door to door canvassing and engaging with people as much as we could, taking the time to talk to people to answer any questions they asked. Encouraging the constituency to get out and vote, regardless of who for. Across the constituency, members were everywhere, helping to get out our message, but more importantly, representing the unification and passion of the CLP.

It wasn’t just members either! Fellow constituents were also happy to get involved and join the teams, people were really starting to envisage a Labour MP for Shipley, and it wasn’t just us. When it came to leafleting, walking around we embraced the strange looks and the not so kind insults to hand out our “stand up, don’t stand by” and our “equality for women” cards which really captured the Labour message during the election. With our wooden spoons at the ready we leafleted the constituency until it could be leafleted no more! (And sometimes got soaked in the process if you didn’t bring your brolly.)

Phone canvassing brought mixed responses from constituents from pleasant conversations about our manifesto and party to the insults and amusing comments. Nationally our popularity was growing and so was the campaign in Shipley. After the manifesto launch at Bradford University we had a lot more to be proud of, and managed to get others to see what Labour wants for Britain, and what we as a CLP want for our constituency.

Many of our fellow constituents believe Philip Davies to be a good constituency MP, but his voting record says otherwise, and some were shocked by what we told them. Not only this, but many of our members have personal accounts of some of the things Philip Davies has said and the way he has acted, which shocked people further. We didn’t just focus on looking at Philip Davies’ weaknesses, we tried to highlight our strengths and make our side seem more agreeable. Our desire to bring about a real socialist change in Britain really seemed to get people’s attention.

The momentum growing throughout the campaign was really enhanced in the last couple of weeks.The end was in sight and our hard work went on, not just having Brexit at the forefront but a range of important social issues, in particular women’s equality and how important it is to have an MP who advocates for such causes. Our 70s fundraiser was a great night not only for raising money, but for everyone to have a night to wind down in the last week of the election. With wonderful company, music and laughs we managed to raise over seven hundred pounds.

On the day of the election everyone was everywhere, offering lifts, leafleting to get people out to vote. We tried to be as helpful as possible and gave people information on where to go. Despite the rain, we got out there, we canvassed with every last bit of determination we had until voting closed. Many of us stayed up to watch the live results and some were at the count. The turnout was 73% and although gutted and upset with the eventual result, we couldn’t have been more proud of each other. The majority of Philip Davies was sliced from 9,624 to 4,681 and our share of the vote went up by 11.6%! This wouldn’t have been achieved without the efforts of every single one of us and I’m immensely proud to be part of such a spectacular CLP. We’re still in election mode and we’re ready at any time for round two. What Philip Davies probably doesn’t realize, is that this is just the beginning.